Alyssa Freeman: She keeps the Holiday Boat Parade on course 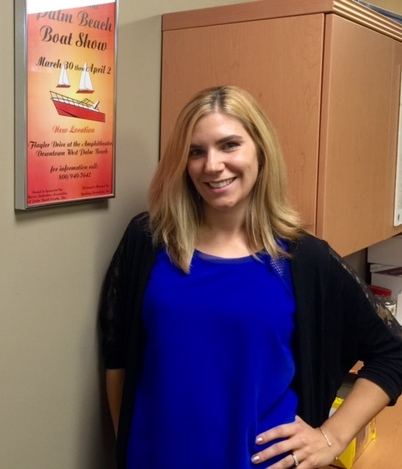 In early December, taking our place somewhere along the glistening night-time waters of the Intra-Coastal, we sip our favorite libation and wait for the festivities to begin.

The weather in North Palm Beach has been rainy, but as early evening settles in, the rain dissipates, which is a good sign, but we wonder if one of our favorite events will materialize.

From our location nearby, we notice the North Palm Beach Marina is buzzing as crowds of people move among an assortment of portable canopies, folding chairs and risers. Music drifts our way, and lighted, brightly decorated boats in varying sizes can be seen lined up, waiting.

There is anticipation and excitement in the air.

The flashing, music-infused floating parade appears to be a flawless jewel and family affair for the enjoyment of all ages. Along the parade route, boats accept toys as the parade benefits a really good cause -- Toys-for-Tots.

Of course, looks are deceiving, and like any major community event, it takes months of preparation and planning to execute a seemingly flawless event such as this.

One of the many faces behind the scenes, working tirelessly, is the personable and knowledgeable, Alyssa Freeman, Operations Director for Marine Industries Association. 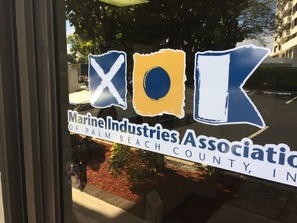 Mission Statement
The Marine Industries Association of Palm Beach County, Inc. (MIAPBC) is a not-for-profit organization created to promote and protect the sound growth of the marine industry in Palm Beach County for the benefit and education of its members, the community, and the environment.