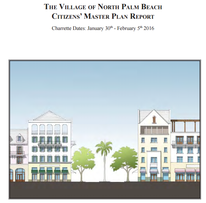 ​The Village of North Palm Beach has updated a draft of the Village's Master Plan that was prepared by the Treasure Coast Regional Planning Council.  They note the file is large (204 screens, to be exact), but is a wide-ranging overview of North Palm -- past, present and future. Expect a workshop on this "at the end of July or beginning of August. In the meantime, comments are welcomed. The Village would like to thank everyone for their participation in this process."

​ Go here for the updated draft.
​Comments on the Draft by Village Manager Jim Kelly 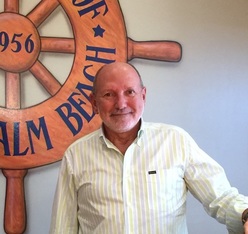 Village of North Palm Beach Mayor Robert Gebbia sat down with me in the Village Council Chambers recently and neatly summarized the challenge the city faces. How do you maintain the feel of a "Mayberry RFD" and set the foundation for future growth at the same time? 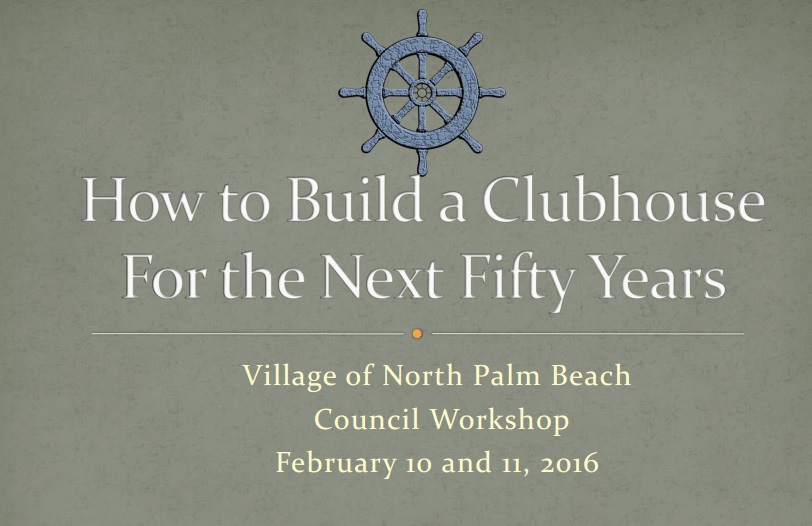 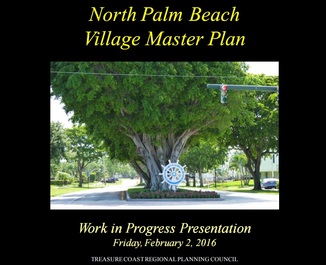 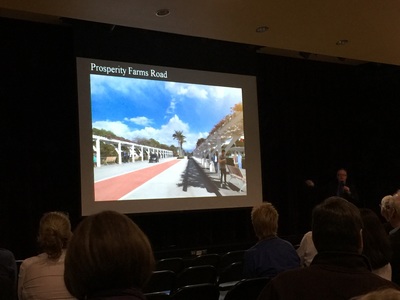 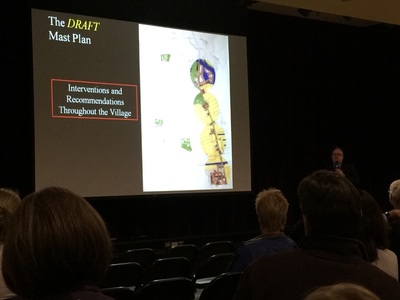 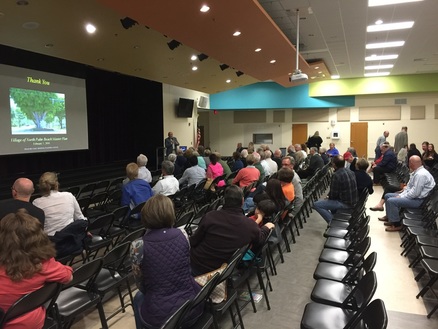 A week of meetings, analysis and study came to a conclusion Feb. 5 at 6 pm at the Conservatory School, where the process started a week earlier. Dana Little, Urban Design Director for the Treasure Coast Regional Planning Council, presented the "Work in Progress" Master Plan to the residents and city officials.

Little started by thanking the residents for their efforts and input, saying they had the best turnout for any project that "didn't involve a contentious issue." Residents also were glowing in their praise for the city and the planning council's involvement as the Village maps a 10-year plan for future growth and development.

The overall goal, Little explained, is to "accommodate future growth but maintain the scale and character of the Village."

Little and his team then proceeded to go through economic facts and figures that would help lay the foundation for the concepts and ideas in the Master Plan draft.

Among the points made:
Little then took the audience through some of the concepts and ideas his team developed in concert with suggestions from the residents and the city over the past week. They included:
Much of what is proposed is contingent on changes in the zoning code, which all agree is too restrictive and out-of-date. That work is also ongoing.

What's next? Little and his team will craft a final draft over the next several months for presentation to the city council by late spring. Then it will be up to the mayor and the council to decide what actions to take. 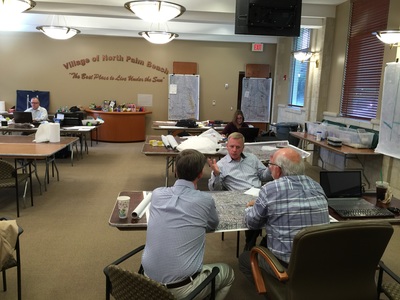 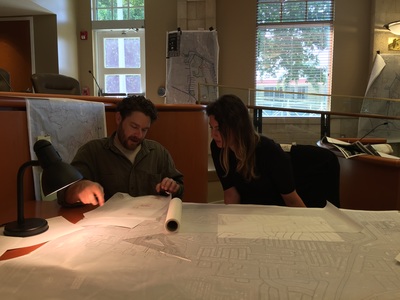 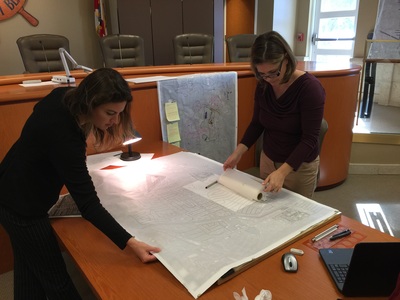 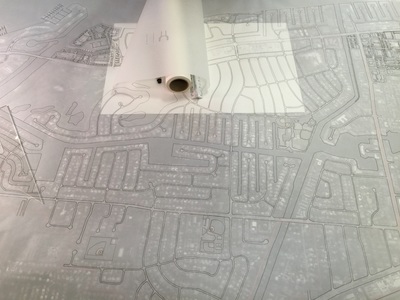 Inside the North Palm Council Chambers, Treasure Coast Regional Planning Council architects and planners work on implementing the findings from a week of public hearings into the Master Plan presentation, set for Friday at 6 pm at the Conservatory School on Anchorage. (NPBL Photos)